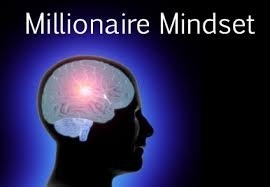 Who Wants to be a Monster Millionaire?

Remember the game show, Who Wants to be a Millionaire? The show first aired in the United States in 1999. Essentially, contestants answer increasingly difficult multiple-choice questions to win cash - up to $1 million, or even more in certain episodes. Along the way, contestants have "lifelines" they can use to help them answer the questions, including asking the studio audience for help. Evidently, new episodes of the show are still airing, making this show one of the highest watched game shows in TV history. I imagine the popularity can be partially connected with our societal fascination regarding millionaire status.

Although a million dollars doesn’t buy as much as it used to, being a millionaire in America is still considered to be prestigious. According to Spectrum Group’s Market Insight Report 2017, there are approximately 10.8 million millionaires nationwide. Of course, their study considers a family’s total net worth - everything they own, including their homes. And, according to www.Statista.com, there are approximately 125.82 million families in America. So, the reality is, most of us are not and never will be millionaires. Unless, we change our way of thinking.

Have you ever thought about what it takes to become a millionaire? I first became fascinated with this topic after reading The Millionaire Next Door soon after it was published in 1998. The implication of the book is simple – anyone with a steady job can amass sufficient assets to become a millionaire. That if you drove down the street, you would find America’s millionaires next door, in the most unlikely of places. And, many of these millionaires shared certain common wealth building habits. The book goes on to explain the common habits that these families used to “get there.”

Certainly, achieving millionaire status is challenging – if it wasn’t, there would be more millionaires. But, maybe getting there doesn’t have to be so difficult. I was talking with my 22 year old nephew the other evening. I asked him what he had been doing that particular day, and he told me that he went to work, stopped by the grocery store on the way home, watched TV and played video games. Sounds pretty normal, right? Being curious, I asked him what he bought at the store, and he replied “a Monster energy drink.” So, I asked him how often he bought this type of drink and how much it cost. ”Every day and $3,” he said.

Notwithstanding the fact that my nephew had to work 25 minutes to earn the money to buy his Monster, I was curious about the impact of this spending. After all, this is a discretionary purchase, right? Something that is not required to maintain one’s basic standard of living. That means the money spent on a Monster could, in theory, be diverted into savings. So, I pulled out my trusted financial calculator, and I began to crunch numbers. Here are the amazing results: If, instead of purchasing a Monster every day, my nephew would instead invest that $3, by the time he reached age 67, he could amass over $1,000,000!*

Over $1,000,000! Hard to believe, right? How can one become a millionaire simply by diverting hard earned money from a drink purchase into an investment account? The answer is really very simple - the magic of compounding interest, one of the most powerful foundational financial concepts; it’s our financial best friend. And, the longer one has to save and invest, the more powerful compounding interest can be. The implications are astounding. Anyone who has a reasonable income can make a very small change in their spending habits and work towards becoming a millionaire.

First, small savings amounts matter. They really do. It’s easy to say, “It’s only $3, it won’t make a difference if I spend it.” Clearly, this is not the case. Every dollar saved matters. The old adage, “A penny saved is a penny earned” is spot on.

Second, time is critical. Don’t delay, getting an early start is critical. However, it’s never too late to start. The magic of compounding can have a positive impact throughout one’s entire life.

Third, you need to have a disciplined investment strategy to accumulate millionaire wealth in this way. Notice I didn’t say complicated – I said disciplined. One needs to be intentional about choosing, monitoring and modifying their investments. Keep emotions out of the process.

You know, it’s easy to spend now and delay saving. We all do it. Sometimes, it’s hard to understand the future impact of little choices we make today. But, with a little awareness, some time and a touch of investment discipline, anyone can become a millionaire. Anyone with $3/day to save, that is. Wouldn’t you like to be part of the group of Americans who achieve millionaire status? Not for the status sake, but rather to provide your family with resources so that you can have more options and more financial flexibility down the road? I bet your answer is yes!

Now, are you ready to play your version of “Who wants to be a Monster Millionaire?” I would be willing to bet that your odds of winning your version are greater than if you were playing the TV game!

So… what’s your Second Half Strategy?

* This is a hypothetical illustration discussion for illustrative purposes only. Your investment results may vary. Saving $3/day equates to $1,095 per year or $91.25/month. If one invested $91.25/month for 45 years and received an average annual rate of return of 10.293%, the ending value would be approximately $1,069,000. The 10.293% rate of return is the average annual rate of return for the S&P 500 from June 1972 to May 2017 according to the S&P 500 Return Calculator with Dividend Reinvestment accessed at DOYDJ.com. Investments are assumed to grow tax deferred.

The Standard & Poor’s 500 Index is a capitalization weighted index of 500 stocks designed to measure performance of the broad domestic economy through changes in the aggregate market value of 500 stocks representing all major industries.

Content in this material is for general information only and not intended to provide specific advice or recommendations for any individual.